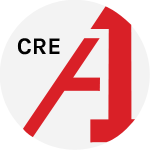 Creatine is the most popular and effective sports supplement on the market ... Learn more..

1. What is Creatine and where does it come from?

Simply put, creatine monohydrate is the most popular and effective sports supplement on the market and with good reason; those who use it make impressive gains in muscle energy, leading to strength increases in the weight room and speed increases on the field!

There is one good reason why three out of four of the '96 summer Olympic medalists used creatine: it works and it works well. A French scientist first discovered creatine in 1832, but it was not until 1923 that scientists discovered that over 95% of creatine is stored in muscle tissue. The first published report of creatine having bodybuilding effects was The Journal of Biological Chemistry in, get this, 1926! Although we've known about creatine for quite some time, the first real use of it to enhance performance was the 1992 Olympic games in Barcelona, Spain.

So, what is creatine? Our bodies naturally make the compound, which is used to supply energy to our muscles. It is produced in the liver, pancreas, and kidneys, and is transported to the body's muscles through the bloodstream. Once it reaches the muscles, it is converted into phosphocreatine (creatine phosphate). This high-powered metabolite is used to regenerate the muscles' ultimate energy source, ATP (adenosine triphosphate).

Unlike steroids or drugs, creatine is 100% natural and occurs naturally in many foods; therefore, it can never be banned from any sports or international competitions (unless they banned eating meat). Many foods especially herring, salmon, tuna, and beef contain some creatine. However, the very best source of creatine by far is creatine monohydrate because it contains more creatine per weight of material than any other source. A1Supplements.com sells only high quality 99.9% pure pharmaceutical-grade creatine monohydrate.

2. What does Creatine do and what scientific studies give evidence to support this?

Creatine is bodybuilding's ultimate supplement, and for good reason. For one thing, creatine can significantly increase lean muscle mass in just two weeks. It is also responsible for improving performance in high-intensity exercise, increasing energy levels, and speeding up recovery rates. It's no wonder athletes who use it have such of an edge over those who do not. Soon nearly every athlete who competes will use it (if they don't already). Creatine's ability to enhance energy reserves in muscles comes from its muscle protein synthesizing action, while minimizing protein breakdown. This occurs because creatine has the awesome effect of super-hydrating muscle cells with water. It enhances muscles' growth too-making muscle fibers bigger and stronger.

Quite a few studies have been done on creatine to figure out why and how it works so well. There have been over twenty double blind (meaning neither the researchers nor the subjects knew who was getting what), placebo-controlled studies conducted on creatine in the past five years. They proved that creatine increased energy levels, resulting in increased strength, endurance levels, and recovery rates. Another unexpected benefit attributed to creatine was discovered as well: creatine accelerates fat loss, while building lean body mass!

3. What Different Types Of Creatine Products Are Currently Available?

4. Who needs Creatine and how much should be taken? Are there any side effects or symptoms of deficiency?

Excellent results have been observed in taking creatine monohydrate in two different ways. The first way is called loading. This method works very well for anyone who has never taken creatine before. Just as the name implies, it involves loading up or saturating your muscles with creatine. During the first four days to a week, take 20 to 30 grams per day. Mix it with non-acidic juice or water. Grape juice works well. After this loading period, take a regular intake of between five to fifteen grams per day to keep your muscles saturated (no need to over do it). The other method is a more gradual approach to supplementing with creatine monohydrate. Over the course of an extended period, one basically skips the loading phase and just supplements with five to fifteen grams per day, everyday. The best results have been noticed when creatine is combined with a high carbohydrate base, such as dextrose (glucose) and taken about one-half hour before training.

The best part about creatine-no adverse effects have been reported in any studies. NONE! Creatine is totally safe and effective. Creatine has never been shown harmfully toxic. Nevertheless, just like with anything, it is not recommended to over-supplement once your muscles are saturated with creatine-there is no reason to. This means, stick to the recommended dosages, and be prepared to experience the very best muscle, strength, energy, and endurance gains possible!